Sweet Dreams: (In)Sanitarium is a First-Person Horror videogame taking place in a nightmarish hospital. The player takes control of the hospital’s security guard, who falls asleep during his work hours, and wakes up in the middle of a nightmare version of the hospital. The player will have to work his way out the hospital, avoiding the terrors that inhabit in the darkness while managing his sanity and uncovering the dark secrets hiding behind the walls.

Special thanks to the teachers from Aula Arcade:

For their teachings, feedback and amazing year of learning to create videogames.

Firstly, it is so nice to see when a game concept becomes reality and comes out fully fleshed , having played previous beta i was thrilled when DespawnGames reached out to me to review it once more.

Honestly i am super impressed by the little things that changed such as the lighting , the changes in atmospheric sounds, increased detailing of the environments, the surprise jumpscares and also giving some of the monsters a cut scene to introduce them to the game.

The first level itself felt the same with where certain items were ,  i was hoping they would be in random locations but this is not an issue as it brings some familiarity from the beta. One of the main things that got my attention right away is the atmosphere is on point and is very disturbing and terrifying! The monster on the second level really caught me off guard and straight away you feel the pressure and run in a flustered panic.

Overall this is an amazing game and is genuinely creepy, scary and above all fun to play! You will not be dissapointed!

Thank you for the kind words and the amazing video! We're very happy that you liked it!

This won't be my last video of this game, I really have to finish it ;)

Thank you for this amazing game :)

We're very happy that you like it! Very good gameplay!

We released a new version of the game in which we rebalanced the difficulty, especially for the first level. You should try it out with it again!

That was a pretty good gameplay overall! It also serves us as a great feedback source, so thank you for the video!

Enemies right now are a bit overtuned, and we're planning to release a new version during next week, among other things.

I really want to know, will it be available on steam in the future? I want to let more people know the excellence of this game!

That's a very big possibility, but we'd like to fix any issues currently existing within the game before bringing up the Steam topic to the table.

Thank you so much for the kind words!

I was playing during 4 hours and it still me impressing how well is made the whole game!

The atmosphere of the game makes you to stay scaried and alert all the time.  The in game mechanics works so nice, and the monsters are so scary when they´re following and behind you and you enter in a no exit room..

I highly recommend to play this game during the night with the lights off and with headphones, keep close your phone to call 911 if you have any heart attack cause this game is really fxcking good.

My rating to this game:

PD: Some feedback for developers, from a developer sight.

We plan to fix all these issues in future bugfixes, so we can deliver the best experience possible.

Thank you so much for playing the game and writing up such a good feedback!

Great game, scary, creates tension and fun. Hopefully you will do more soon.

Thank you for playing, we're glad you liked it. Your words encourage us a lot! 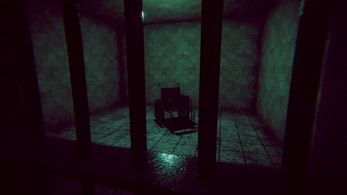 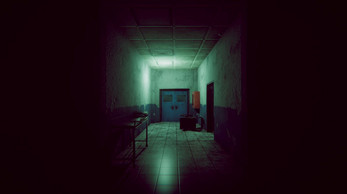 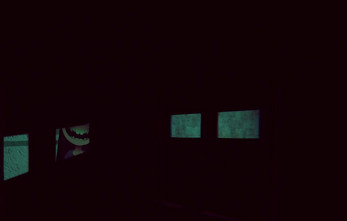